1998 was the year of the internet. It was the year in which the internet’s popularity skyrocketed, and the phrase Dotcom Bubble became a part of the popular lexicon, and its effects were visible on the business landscape.

Entrepreneurs from all over the world were making their way to Silicon Valley with dreams of becoming billionaires overnight. Max Levchin, a Ukrainian-born immigrant, was among those people. Levchin was a computer science graduate, who was searching for employment in a tech start-up.

It was tough because Levchin couldn’t find a job that inspired him enough to give his best. The disappointment was already setting in when he came across Peter Thiel, a former lawyer turned Venture Capitalist.

Thiel was also looking for good tech start-ups, and in Levchin, he found a kindred soul. The two had some bold ideas and were especially interested in developing a universal payment system — one that could be used by all kinds of customers.

The idea was as ambitious as it was absurd, and both Levchin and Thiel knew the challenges that lay before them. So they decided to take things slowly.

The First Ever Digital Wallet

Personal Digital Assistants, or PDAs, were precursors to smartphones. Today these devices might be a relic of a time long gone, but at that time, PDAs were cutting edge technology, and this was a good enough reason for Thiel and Levchin to use PDAs to create the first-ever digital wallet in history. This service, called Fieldlink, allowed users to store encrypted information on their devices.

The users, of course, needed to own a PDA because of which Fieldlink’s initial user base was very small. The small user base was also the reason Fieldlink’s business model was not sustainable. Levchin and Thiel knew that it was time to go back to the drawing board.

Levchin and Thiel realized that relying on one single device was a mistake. It limited them to a small user base and would never give them the kind of growth they wanted. What they needed was a medium that was popular among the masses and big enough to sustain their ambitions, and this is where the internet entered the picture.

The pair, incorporated as Confinity, secured a funding of $3 million from Nokia and started a new service called PayPal.

The founders had learned from all the mistakes they made with Fieldlink. PayPal eschewed PDAs and all other electronic devices for that matter. It catered to a wide customer base that could avail its services via email and credit cards.

The biggest advantage of PayPal was that the users could send money to anyone as long they had the receiving party’s email address. It didn’t even matter if the person receiving the money didn’t use PayPal.

The founders also turned to affiliate marketing to accelerate business growth. The idea was simple and effective. They paid people to sign up for PayPal. The participants received $10 upon signing up and would receive an additional $10 for recommending PayPal to friends and family members.

The strategy worked, and within just three months of its launch, PayPal had 12,000 active users. It was a good start, but the best was yet to come.

At that time, eBay was an emerging online marketplace but the platform had one handicap; the company only accepted payments in the form of checks and money orders. Users found it quite inconvenient, at least until PayPal came along.

PayPal’s integration with eBay was instrumental in helping the former grow in popularity among users. What’s especially notable is that although eBay had its online payment platform, users still gravitated towards PayPal.

PayPal was beginning to emerge as a market leader even though it was facing competition from several other start-ups. One such start-up was X.com. This was a venture by a man who has since gone on to achieve various milestones in the world of technology — Elon Musk.

Before dispatching rockets into space and revolutionizing the automotive industry with electric cars, Elon Musk was the founder of X.com. Their office was located just a couple of blocks away from PayPal, and it was only natural that things got personal between employees of the two firms.

The rivalry between the two companies was fierce, with engineers on both sides logging into 100 hour work weeks to gain an edge over the other. The rivalry was so intense that, at one point, there were rumors that an employee had designed a bomb to get rid of the competitor!

The rivalry ended abruptly when in March of 2000, Thiel and Musk shook hands and announced the merger of two companies. The decision confused, shocked, and angered a lot of company employees. However, in hindsight, proved to be crucial since it helped the two companies survive the dot-com crash.

The merger allowed PayPal to survive the crash and emerge more popular than ever, with over two and half million users. The early team at PayPal would subsequently go on to initiate various other billion-dollar ventures and would eventually be given the moniker The PayPal mafia.

PayPal would continue to make changes to its product to acquire new customers. In June of 2001, the company added business accounts. As a result, the PayPal user base grew to 13 million accounts.

2001 was also a memorable year for the company because just a couple of days after the September 11 attack, the company announced that it was going public with an IPO in February 2002.

Companies usually refrain from launching IPOs in such horrible macroeconomic conditions, but PayPal was no ordinary company, and the response to their IPO proved that. The company’s shares were soaring 50% above the target price, a signal that PayPal had won. It was now the payment system of the internet.

The folks at eBay closely monitored PayPal’s meteoric rise and they were ready to make a move to acquire the company. eBay had shut down its Billpoint system a long time back and had the resources to bring PayPal into the fold.

It also made legal sense because the legal team at eBay could handle the class action lawsuits filed against PayPal.

Unfortunately, the merger completely changed PayPal. All the members of the PayPal mafia left the company and overnight, there was a drastic shift in the company’s policies as well.

The company still remained as popular as ever and continued to evolve. By 2011, the company had more than 100 million users.

Fraud and privacy issues had always been a concern for PayPal, but the expansion led to significant growth in such issues. There were reports of frozen accounts and user’s money being drained from their accounts.

PayPal also got a lot of flak for its Terms of Service. Since there was no band regulating the company, PayPal’s policy was to seize an account as soon as there was a hint of fraud. The lack of recourse for the customer drew a lot of criticism for the company.

In spite of these issues the company continued to grow and expand its customer base.

PayPal’s journey with eBay came to an end in 2014 when the former became too big for the latter to handle. eBay had no choice but to spinoff PayPal. The latter has since then continued to operate as a publically traded company that is expanding with each passing day.

What are the differences between website development and design?

4 Good Reasons to use a Pallet Wrapper 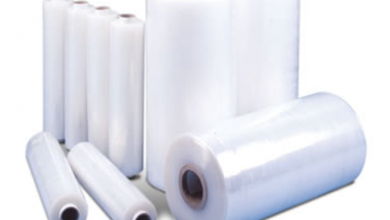 4 Good Reasons to use a Pallet Wrapper 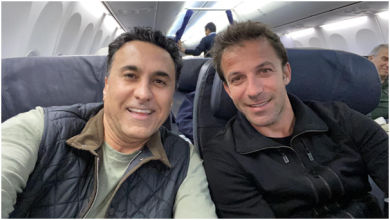